SASCRUNCH TRAINING
Sentry Page Protection
Please Wait...
Data Analysis [2-15]
Normality Test
You are often required to check and ensure the data follows a normal distribution prior to many statistical analysis. 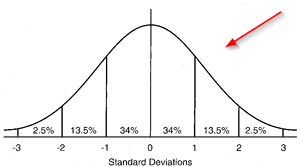 ​This can be done by using:
Example 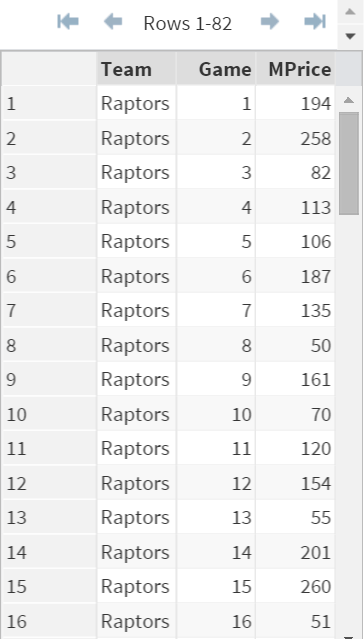 Note: there are 82 observations in this data set. Not all of them are shown in the image above.


The TICKET data set contains 3 variables:
An analyst is interested in checking whether the median selling price (i.e. MPrice) follows a normal distribution.

The numerical method is based on 4 normality test results.

​Adding the NORMAL option to Proc Univariate creates an additional table with the list of normality tests in the output: 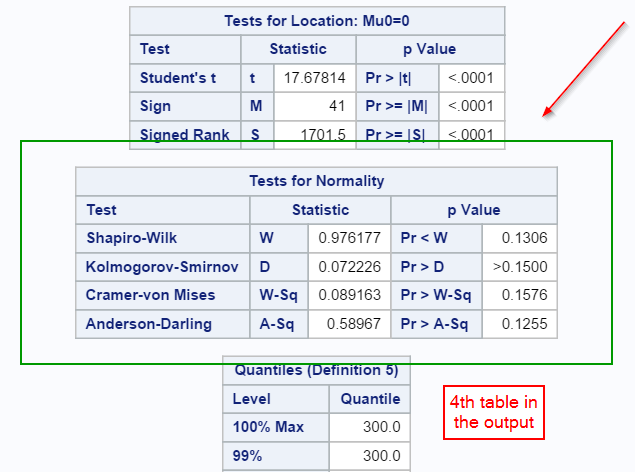 Note: this is the 4th table in the output.
​

The numerical method looks at the 4 normality testings:
Since all of the p-values are greater than 0.05, the median ticket price is assumed to be normally distributed.

The graphical method looks at the stem-and-leaf plot, box plot, and normality probability plots as well as the histogram. 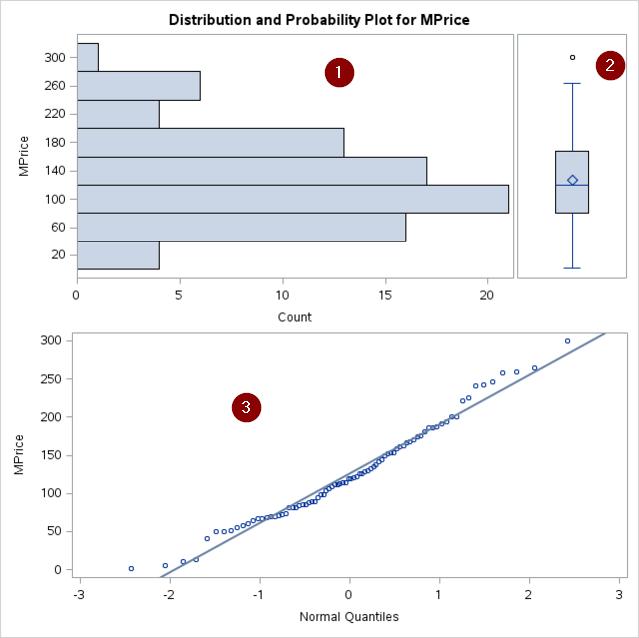 The HISTOGRAM statement plots the histogram as well: 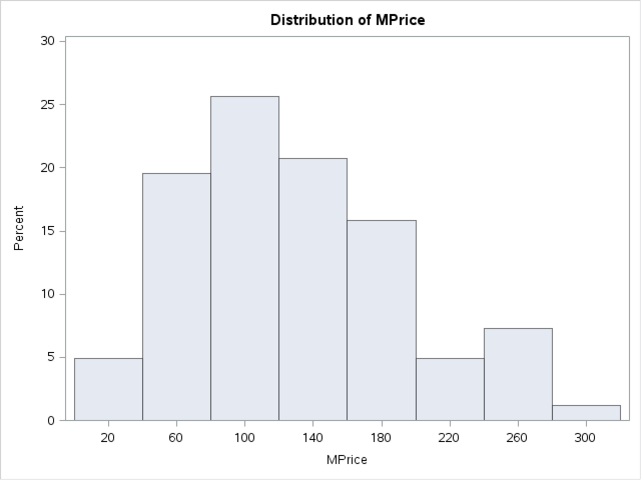 Quick Resources to learn about:
Exercise

Locate the CARS data set from the SASHelp library.

Analyze whether the MSRP follows a normal distribution using both the numerical and graphical methods.

What would be your conclusion and why?
Next
Need some help?


HINT:
What are the p-values from the normality tests? How do the plots look like?

The data does not seem to be normally distributed.

The p-values are all less than 0.05, which rejects the hypothesis that the data is normally distributed.

Both of the bar chart and box plot show asymmetric distribution with the majority of the MSRP falling in the range of $15,000 to $45,000.

The normal probability plot bends up to the left of the normal line. This shows a long tail to the right.