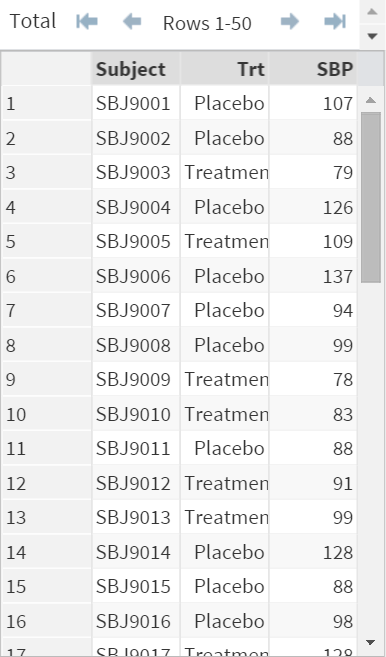 A biostatistician is hoping to find out if a newly developed treatment raised the systolic blood pressure (mmHg) on the targeted patients.

A study has been conducted to compare the systolic blood pressure on both the treatment group and the placebo group.

The data is captured in the VITAL data set.

Let's take a look at how you can compare the means of the systolic blood pressure between the two groups of patient.

The CLASS statement is used to identify the two populations for the two-sample t-test.

The following results are generated:

1. Summary statistics and confidence limits for the two populations

The mean SBP (Systolic blood pressure) is 99.7 and 102 for the treatment group and the placebo group, respectively, with the two groups having a fairly close standard error (2.87 vs. 3.02).

2. P-value for Pooled and Satterthwaite methods

There are two p-values computed when performing two-sample t-test:
Which p-value should be used?

That depends on whether the two populations have an equal variance.

If the two populations have an equal variance, use the pooled method; Otherwise, use the Satterthwaite method.

How to tell if the variances are equal?

The p-value for the equality of variances test is 0.6611, which fails to reject the hypothesis that the variances are equal. 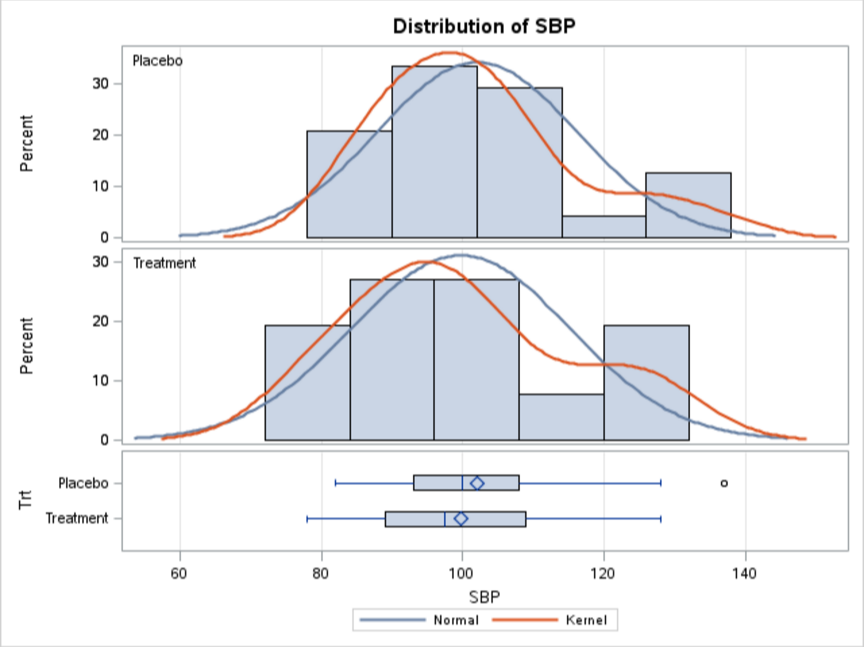 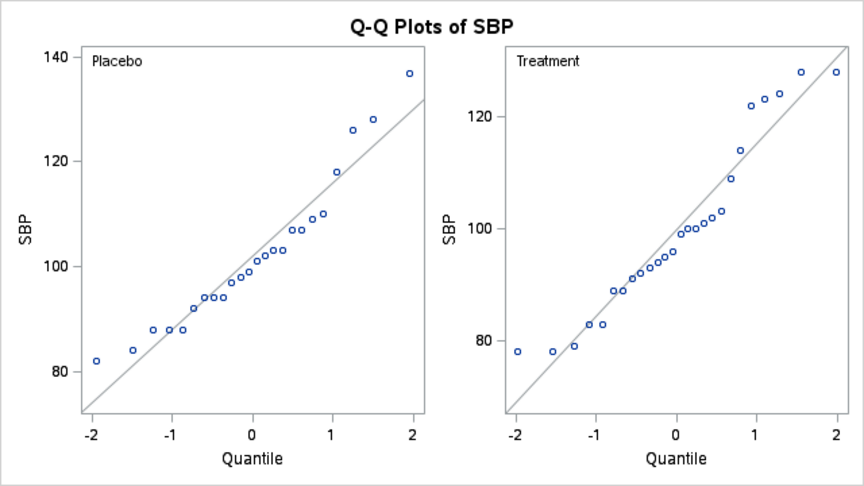 Some of the related graphs such as the histogram and the Q-Q plot are also plotted.

One of the main assumptions for paired t-test is that the difference should be approximately normally distributed.

Copy and run the CAMPAIGN data set from the yellow box below:
A marketing campaign has been launched for a premium retail outlet.

During this campaign, a segment of their regular customer has been divided into two groups.

Group 1 received a giftcard of $100 and Group 0 did not receive any giftcard.

An analyst is hoping to find out if the campaign is effective or not, by comparing the purchase behavior between the two groups.

Conduct a two-sample t-test and find out if the purchases from one group significantly differs from the other.
Next
Need some help?


HINT:
The Group variable should be used as the classification variable.

The p-value (either Pooled or Satterthwaite) at 0.8273. There is not sufficient evidence that the purchase from one group significantly differs from the other group.