Seasonal differencing can be used to stabilize seasonal spikes in a time series.

​Let's look at an example below.
The EX5 data set contains another set of simulated values. 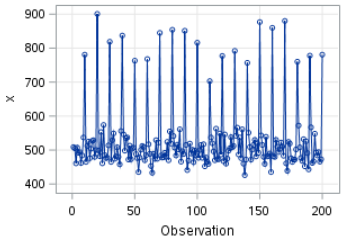 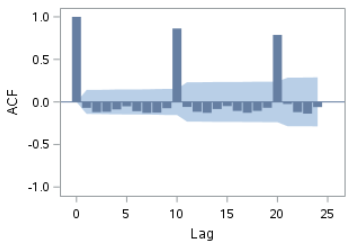 We are going to try a seasonal differencing with seasonality=10.

The means are stabilized: 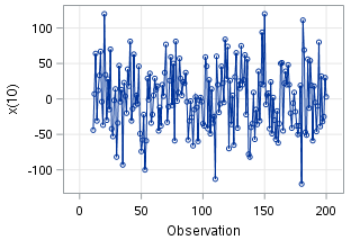 The ACF plot still has spikes at certain lags. However, it is quite an improvement over the ACF plot before differencing. 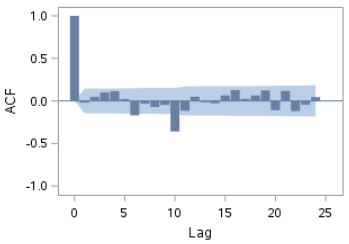 When a time series shows increasing or decreasing variance over time, a transformation might be able to fix the issue.

Let's look at an example.
The EX6 data set, as usual, contains a list of simulated values: 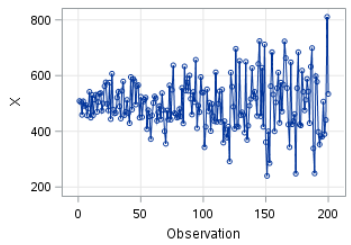 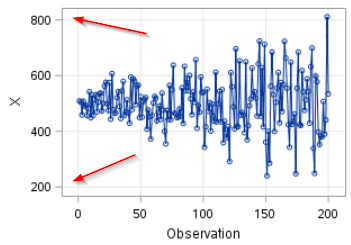 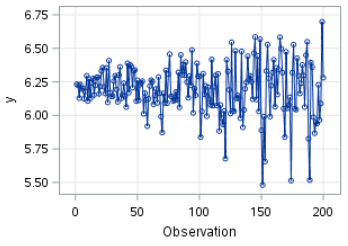 The variance didn't seem to be stabilized.

It still shows the same structure as before.

We are going to plot the time series again, but with a wider range.

proc sgplot data=ex6a;
series y=y x=time;
yaxis values= (0 to 10) grid;
xaxis grid;
run;
You will see that there is a huge improvement in the variance of the time series. 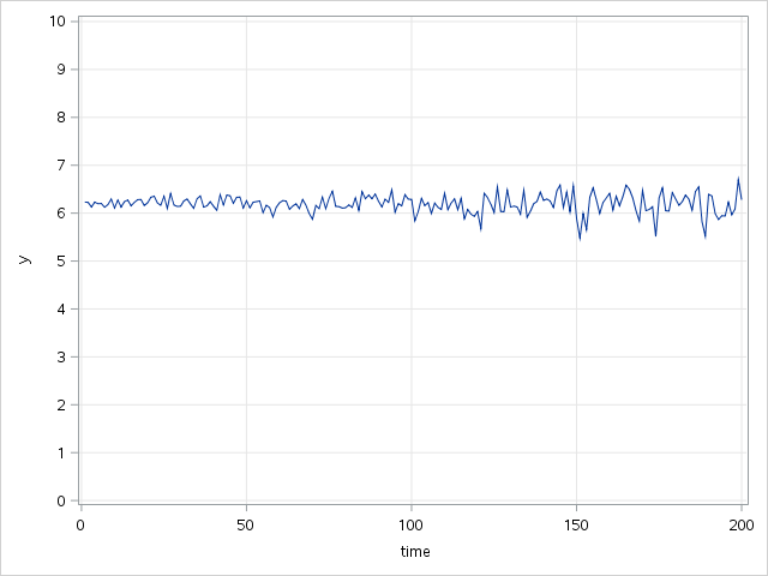 In the next section, we will learn more about the Autoregressive (AR) model.
Exercise

Locate the AIR data set from the SASHelp library.

This is a well-known example used for time series analysis.


Task 1:
Plot the time series, ACF and PACF of the airline passenger data.

If not, use various techniques to transform the series into an approximate stationary series.
Next
Need some help?
Fill out my online form.
Already a member? Go to member's area.